Dan Baines of Lebanon Circle Magic brings our attention to this curious specimen- the Whitby Vampire.


The grotesque remains were discovered in 2011 after a series of storms ravaged the Yorkshire coast. Erosion of the cliffs in a now secret location close to Whitby revealed the entrance to a network of caves leading beneath the ancient Abbey. University spokesperson Professor Edward Forks commented: "The cave literally appeared overnight, as the sea had washed away a large section of cliff face to reveal a small cave entrance. We were only made aware of the cave after Mr. Stephen Meyer brought his disturbing find to the university where he usually brings his fossils for verification." Meyer, a keen fossil hunter, had been scavenging along the coast when he stumbled upon the cave. He entered the 'vampire’s lair' armed with only a torch, chisel and mallet. The scattered remains of wooden barrels indicated that the caves had probably once been used by smugglers; he commented that as he ventured further inside the atmosphere became increasingly dark and brooding. The cave seemed to lead directly to the space beneath Whitby Abbey on the cliff tops. 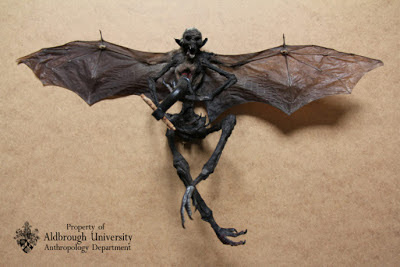 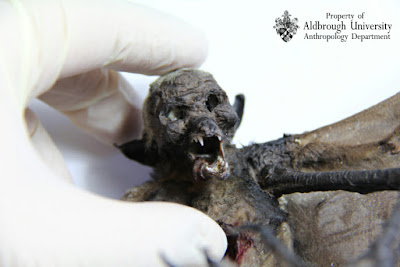 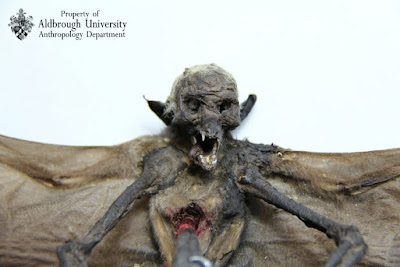 Wow! This is really fantastic. The dessicated flesh is spot on.