"At the Mountains of Madness" Expedition Patch 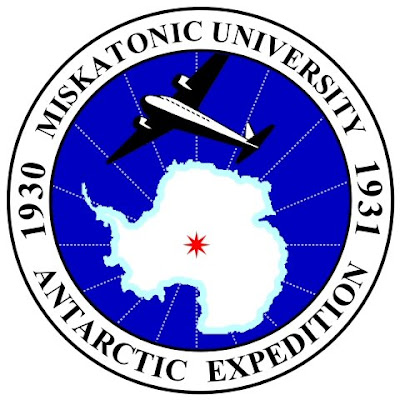 I'm getting ready to dive into the massive "Beyond the Mountains of Madness" adventure for Call of Cthulu and one of the props I'd like to produce for the party is the embroidered patch from the original Miskatonic expedition. Is this something anyone else would be interested in? I'm going to need about ten copies, but I'd prefer to put in a larger order since the price per patch goes down significantly as the order size increases.

This is the design I'm leaning towards right now, but I'm open to any suggestions you might have. Do you like it? Hate it? Any way I could improve it?

Update: Here's an alternate version with a touch more color. I'd already filled in a bit of the southern and eastern bay area of the continent, but as several commenters have pointed out it would be more realistic to have a less-detailed coastline. 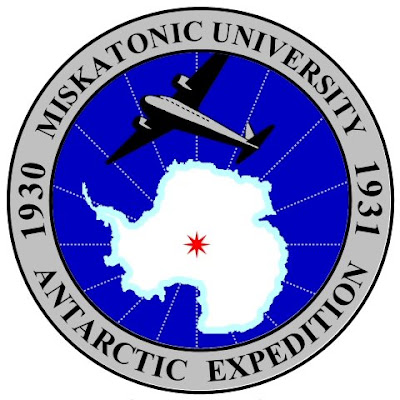 Update: This is the current version. 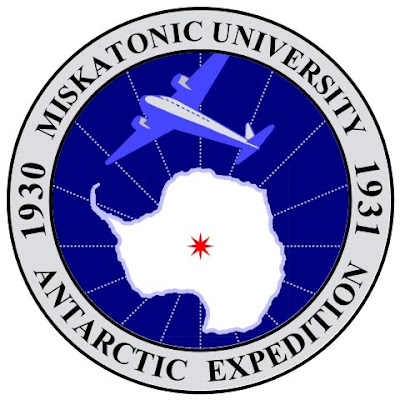