Much like H. P. Lovecraft's works, the "Hellraiser" series has been saddled with a series of films that aren't nearly as good as their background mythology. One of the more interesting parts of that mythos is the "Elysium Configuration" from "Hellraiser: Bloodline", the fourth film in the series. Plotwise, it's a three-dimensional representation of the Lament Configuration panel activation sequence needed to close the gateway to Leviathan's realm. A parchment featuring the design appears early in the film, and it features prominently in the climax. Here are some screencaps of the original: 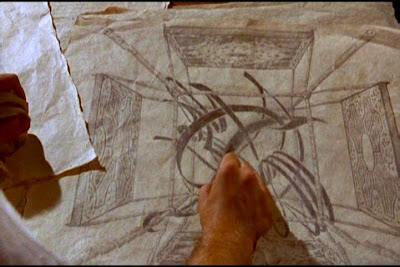 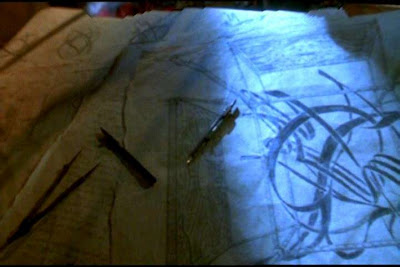 Here's a recreation of the design I did over a decade ago, back when VHS tapes were the only source material. Considering the low resolution available at the time it holds up pretty well, with only a few tweaks needed to bring it up to being screen accurate. I'll leave that work up to you. 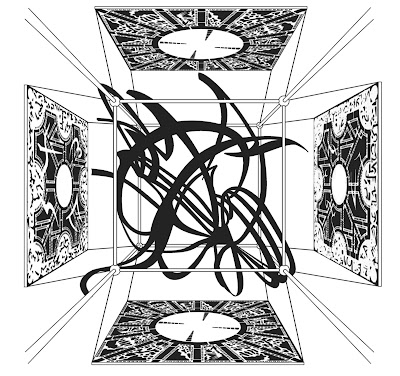 You can also download the PDF file from Google Docs over here.
Posted by Propnomicon at 5:00 AM

I think it is the solution over 4 dimensions (movements over time plus 3 spatial dimensions) and it makes for a good tattoo!

I think the illustration represents the configuration drawn in 4 dimensions, i.e. movements in time plus the three spatial dimensions....makes for a cool tattoo as well! :-)