Owning a mouldering tome of forbidden knowledge is a common aspiration for Lovecraft fans. Whether it's the infamous Necronomicon or more obscure texts like the Book of Eibon, a well made tome is the "holy grail" of Mythos props. The problem is that there's a notable lack of eldritch grimoires commercially available, forcing aficionados to contemplate crafting their own from scratch. It's hard to appreciate just how much work is involved in a project like that until you try and do it yourself.

One such project is "The Dwale of Avagddu", a well-crafted tome created by occultist and Lovecraft geek Ian Corrigan. He was kind enough to send over some photographs of his work and provide a little bit of background.

"This book was made based on the inspiration of the old Propping Up the Mythos site, and is several years old now. It's played in a couple of LARPs, but mainly just graces my Lovecraft shelf at home."

"The Dwale of Avagddu is an obscure tome that seems to combine British mythic lore with some much more unusual symbols and ideas. It opens with an otherwise unknown prequel to the famous tale of Ceridwen and Avagddu, but then proceeds to describe the strange beliefs and work of a cult of sorcerers who worship Those Beneath the Mound." 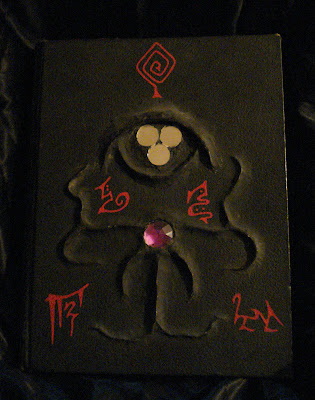 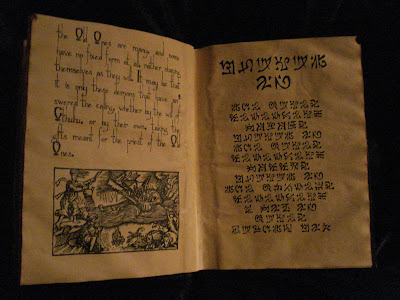 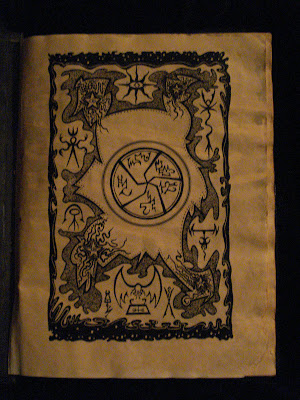 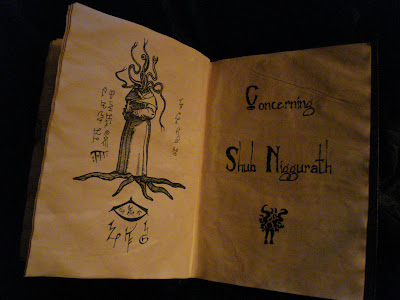 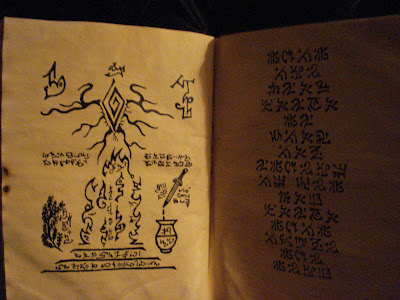 You can see more of Mr. Corrigan's Lovecraftian reviews and ephemera along with various Pagan stuff at his blog "Into the Mound".
Posted by Propnomicon at 3:00 AM