"Hail, Miskatonic", sung to the tune of the traditional "Araby's Daughter", was written by students Brian Overton (class of 1828) and John Cmar (class of 1826) in 1826. It quickly became a favorite of choral groups on campus and was recognized as the official school song when it was published in the Herald in 1838. One of the factors in it's initial popularity was an alternate set of lyrics featuring frequent mentions of beer, bourbon, and scotch. 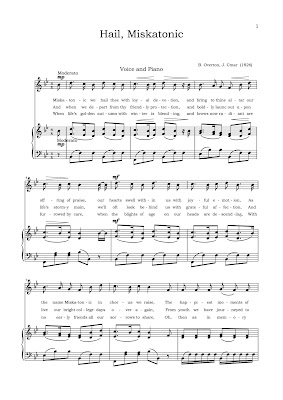 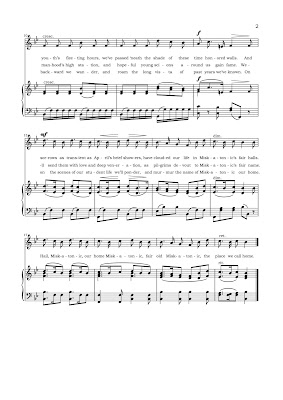 Posted by Propnomicon at 7:32 AM

My ancestor's sheet music - republished! This has always been my favorite school song.

Is this guy clever or what? What a champ.

He was a talented man. It's disturbing to think we'll never know what happened on that final night.

Where would I find those alternate lyrics?

This is actually the Brown University Alma Mater.