The Play's The Thing

I've added a listing over there in the right-hand column for "Live Action Groups". I occasionally mention my love of high-immersion live action scenario games as a motivator for my prop efforts, so I thought it would be helpful to offer up a few examples. My basic criteria is that the group have a history of producing events with high production values, strong storylines, and an emphasis on horror and the Cthulhu Mythos. Not surprisingly, I give extra credit for killer props.

The first group I'm adding is The Dark Door. I've already featured their "Last Expedition" game and I'm consistently impressed by the high quality of their efforts. The website formatting is a bit wiggy, but there's some amazing work on display there. 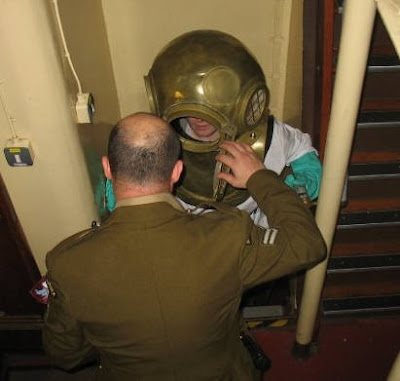 The second is Green Abyss, a German group that was first brought to my attention by a fan. After browsing around their archives I began to see why they had such a devoted following. They not only tackled a variety of wildly different takes on the Mythos, but they did it with style. Even if you don't understand German a trip through their gallery should give you a feel for the level of immersiveness they aim for. 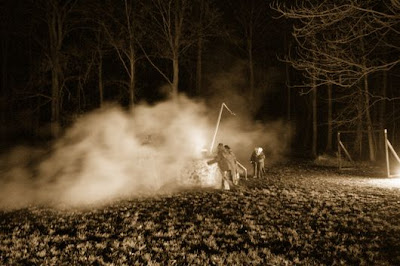 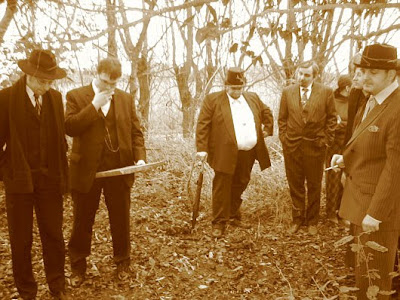 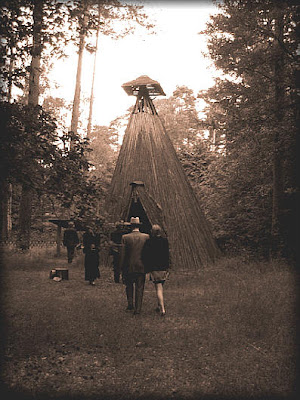 These are the kinds of games I'd like to see more of. If you're aware of other groups putting the same amount of effort into their productions don't be shy about dropping me a line.
Posted by Propnomicon at 4:00 AM

Excellent efforts to be sure!

There were 2 extraordinary USA LARP groups, years ago, that I kept up with. One out of CA and the other was a MD group I believe.

There is also the NJ group - PST productions. They are currently active at various cons.

Here's a site with a great start to rallying the different members and groups:

There's some great material on the Mythos Society site.

Some of us at The Dark Door have been considering a joint venture or exchange with The Green Abyss.

If you delve into their website you will see yet another Brass Helmet diving suit!

Thank you for the mention again. I am sure our web dude will be chastened at next month's event for wiggyness.