"At the Mountains of Madness" Photo Set

I finally finished aging the "At the Mountains of Madness" photos tonight. I apologize ahead of time for the poor photography, but it was a bear trying to avoid excessive glare from the glossy surface of the prints. 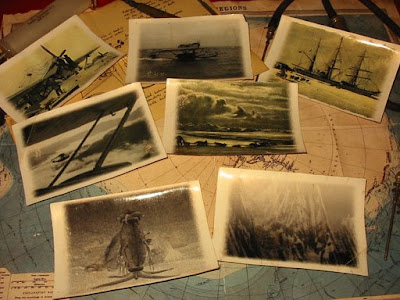 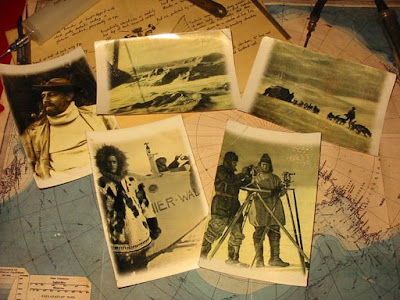 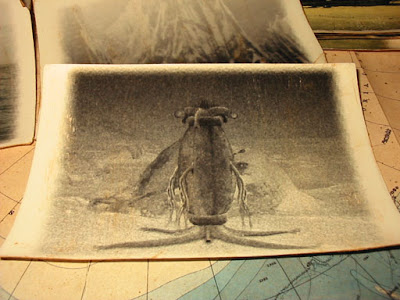 Close-up of the Elder Thing photo. This came out really well once it had undergone a little aging and distressing. 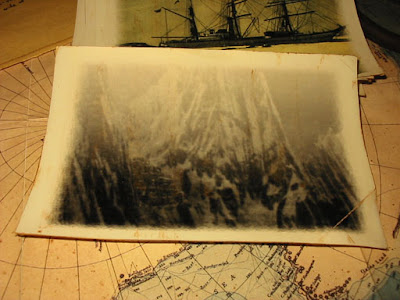 A section of the Elder Thing city nestled between two towering peaks. 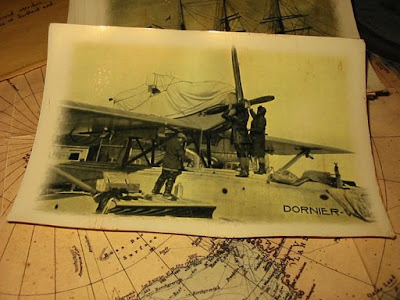 Close-up of the first Dornier photo. The crate sitting on the sponson has the "Miskatonic" stencil. It's subtle, but I thought it was a nice touch.

Update: It looks like I'll have an independent review of the photo set by the end of the week. If my guinea pi....er....evaluator likes 'em I'll be offering them up for sale.
Posted by Propnomicon at 5:41 PM

Labels: At the Mountains of Madness, Paper Props, Prop Photographs