I was extremely disappointed to read this message from EmptySamurai on DeviantArt.  I've become a huge "Fallout" fan, and he was responsible for recreating almost every single product in the series.

AS the title says, I quit. After years of working at making money with my skills (and trying to launch a screen accurate fan film) the abuse from redditors, the faux interest in buying items from DA members, and the poverty that comes with trying to make it happen I quit. I quit the fallout community, I quit commissions, I quit making papercrafts to be printed by fans.... I'm simply done. there has been a tiny handful who have actually supported me. Thank y'all for your patronage and I hope you enjoy the items purchased. Will be deleting this page soon most likely. just making sure I have backups of my images here first. already ripped the widgets off the front page of my profile save for this announcement. Adios.


It's a real shame he's calling it quits, and I hope he reconsiders.   He's an amazingly prolific prop-maker, as just one of the shots in his gallery demonstrates. 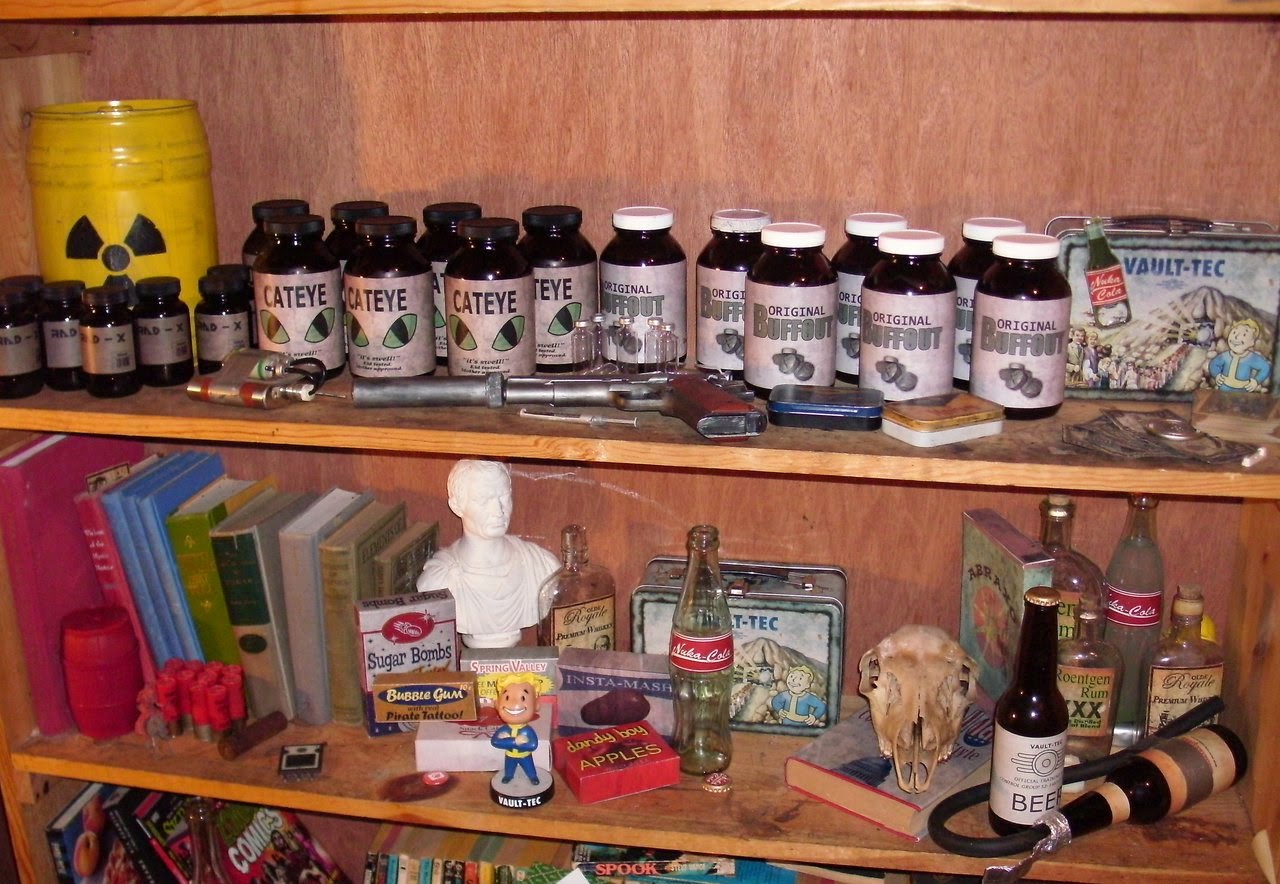 That said, I can see where he's coming from.  Diehard fans, be it of the Mythos, Fallout, or the NFL, can be difficult to deal with.   Even in our little niche I've had to field complaints about the expense of some items.  Mind you, this concerned a one-of-a-kind specimen on Ebay.  It wasn't the auction winner that was complaining, but another bidder who thought it wasn't fair someone else was willing to pay more than he was.  The idea that something crafted by hand in limited numbers doesn't have the same price point as a mass-produced good seemed like a foreign concept to them.

If you think that requires some chutzpah, imagine having to deal with people complaining about free stuff.  That's right.  People have sent me angry emails because the stuff I give away wasn't quite what they wanted.  Pointing out that they can change it any way they like only exacerbated the problem, since I was being "selfish" by not customizing it to their needs.

That kind of thing rolls off my back, but it can be a real hassle for anyone that hasn't developed a thick skin.  Luckily, Mythos fans tend to be older, or at least more adult, so that sort of behavior is relatively rare.  For something like "Fallout" I imagine the fan base is a lot younger and more reactionary.

I’m sorry to see another maker drop from the ranks.

There’s been a few times in the pasts few decades I had been tempted to gafiate*, myself. Sometimes even a thick skin isn’t enough. I’m sure for many fan prop makers, who are giving stuff away for free find that it germinates as many ingrates as paying folks who whine that what they got was not what they imagined.

For that matter, I have pretty much dropped selling on eBay, due to the twin trials of ignorant buyers and an evil (often just incompetent) corporation. Then again, I have a few million fellow sellers who have done the same and voted with their feet. A lot of what I sold was original and often quite scarce, but hey, it’s just not worth the hassle sometimes.

Hang in there you guys, I appreciate your work and you taking the time to share your efforts. I still love props and still attend conventions, but I’m thinking of buying a “Grup”* t-shirt though.

This is really a shame.

As an artist who supports himself and his family solely through his artwork I totally sympathize and concur with his statements.

I am also constantly bombarded with the misunderstanding that a hand crafted item should cost the same as something you can pick up at retail. Most folks truly don't understand what is involved in producing handmade artwork.

Having a thick skin is essential for doing this kind of work. His comment about abuse from redditors is spot on. While some great information is shared on reddit it is a VERY hatefully motivated community. Because users are largely anonymous it's a free for all for redditors to say some of the most awful things I've ever read.

That being said, I also agree that Mythos fans tend to be a more rational fan base. Most are an absolute pleasure to deal with and I'm absolutely grateful for their patronage.

I really hope this gentleman reconsiders as well. I've been a fan of his work for years and the propmaking community is a little less awesome with hm not around.

I've been very lucky in my dealings on Ebay. While I'm not a fan of how the system works now I've been exceedingly happy with the bidders on my wares.

I think the problem with Redditt, as with so much else on the internet, is that so many of its users value snark over politeness. Oddly, despite being unfailingly polite I actually earned a shadowban for pointing out just how terrible and derivative the leaked script for "At the Mountains of Madness" is.

Mythos fans are a pretty good lot overall. Prop makers and costumers are also good people. Those who actually make and do, tend to be less critical, more accepting, and ready to help. I’ve dealt with them for years and have found them to be polite and sharing folks.

Years back I looked into Reddit and found I didn't care be "democratized” out of my voice and opinions (see also herd mentality and mob rule) via a shadowy and sketchy shadowban. I was pretty involved in early live chat in the very late 90s, and BBSs before that, that so I have a bit of perspective on the pros and cons of different types of internet communication. Gads, I’m getting curmudgeonly in my old age (Statler and Waldorf, move over).

“The professional [artist] learns to recognize envy-driven criticism and to take it for what it is: the supreme compliment. The critic hates most that which he would have done himself if he had had the guts.”
― Steven Pressfield, The War of Art: Break Through the Blocks & Win Your Inner Creative Battles