One of the myriad joys of Ebay is how easy it makes collecting vintage photographs. You can pick up entire family albums from the 20's and 30's for a pittance, and you'll almost always score a few that are suitable for use as props as-is or with a little retouching.

Old black and white shots have an inherent creepiness that's hard to describe. There's an inescapable sadness in the fact that the people you're looking at are long dead, surviving only in the memories of their families and the piece of paper you hold in your hands. It's a concrete reminder of our own mortality, and as such invokes an emotional response on a very basic level. Re-purposing that unease to enhance the immersiveness of a scenario can produce some effective results.

This particular photograph was part of a lot from Postville, Iowa that I purchased earlier this year. As soon as I saw it I knew it would be perfect as a portrait of an Innsmouth hybrid starting to show the first signs of the inevitable change into a Deep One. There are three versions here. The first is the raw image exactly as I scanned it, the second a slightly cleaned up version for use as a contemporary photograph, and the third has been mildy retouched to enhance "the Innsmouth look". 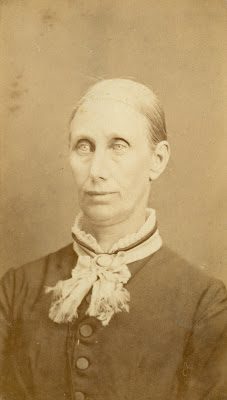 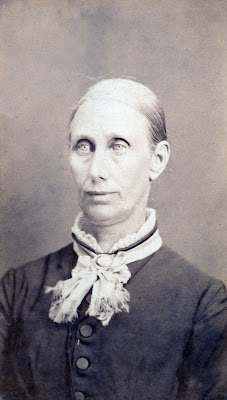 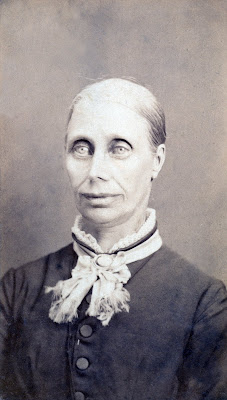 Photo 3 - Nailed it. I wouldn't have gotten off the bus.

Now, a tutorial for this would be muchly appreciated...

This is a great idea for an innsmouth campaign. Some subtle pics that leave you "guessing".

Other than the mouth...it doesn't look too touched up. What software are you using?

Very creepy even the unretouched version. be interested in a tutorial also.

Thank you for the kind words.

I'll see if I can put a detailed one together, but I basically reversed an online tutorial for making supermodels look better. The eyes were enlarged, the mouth stretched out, the ears shrunk, and the face puffed up a bit using the Liquefy filter in Photoshop.

Photoshop CS3, but I believe GIMP has a similar warping function that could produce the same result.

That retouched version is amazing. The difference is so subtle, yet so disturbing. Yeesh!

Great! Before hollywood ages and the ravage of Botox, the Innsmouth look was.... the look to have (to survive in deep waters of course ;0) I'm waiting for the tutorial (GIMP?)

I agree, you did a great job. Not too overbearing, like some of the drawings I've seen of the people of Innsmouth. Perfect.

My late Great Aunt Agnes! How dare you
mock this gentle and charming woman with your fancy computer tomfoolery. True, in later years the third photo
does depict her accurately, and she was from Innsmouth, but still....

Respectfully, what makes me a bit skeptical are the eyes in the original. While, no doubt, the iris contrast could have faded, the pinpoint pupil looks, well...less than real.

Respectfully, what makes me a bit skeptical are the eyes in the original. While, no doubt, the iris contrast could have faded, the pinpoint pupil looks, well...less than real.

Oh, I clicked on the photo because of the odd look of the man's face
but you made it fake
fuck you i thought it was for real and between the copy and touched picture YOU DO SEE BIG DIFFERENCE!!

you have mislead me

The retouched photos is probably the single best interpretation of the Innsmouth look I have ever seen. Something is... off but you're not sure what at first.