I've been re-reading "The Case of Charles Dexter Ward" this week. One of the thoughts that crossed my mind while working my way through the story was how friendly the plot was to a film adaptation. Dr. Willett's investigation into the mystery of Ward's madness is a handy framing device, and there are a number of scenes, including the raid(s) on Curwen's farm and the final confrontation, that lend themselves to action sequences.

I'm not the first person to think this, of course, and last night I finally had a chance to see "The Resurrected", the 1992 film based on Lovecraft's story. I wasn't expecting much, so it was a pleasant surprise that the movie was suprisingly good. Well, one third of it was. The first two thirds of the film have some god-awful exposition and terrible acting, to the point that I almost gave up, but by the time the final third rolls around it's as if the cast and crew suddenly kicked up their game. I'd speculate that there were some "issues" with the location shooting, since the best parts of the film are all interiors that were presumably shot in a studio.

One of the things that caught my eye during the film was the depiction of Curwen's journal. It's an important plot device, and it looks like the creator put a lot of work into producing a quality piece of work. Here are the screencaps of the interior pages that I rounded up: 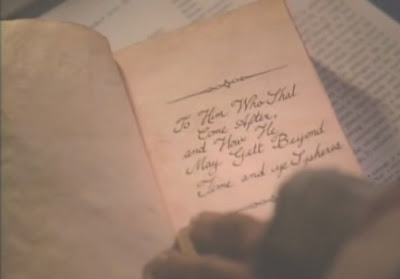 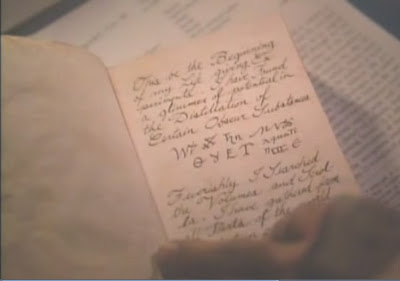 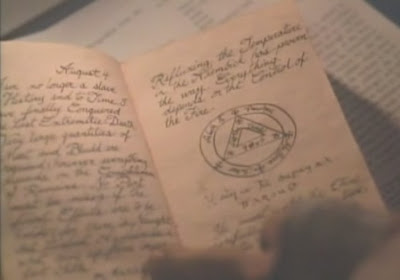 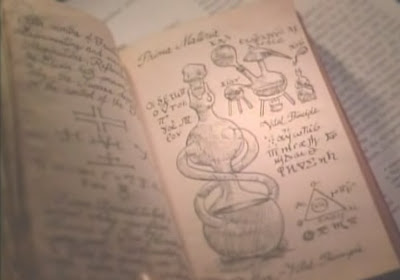 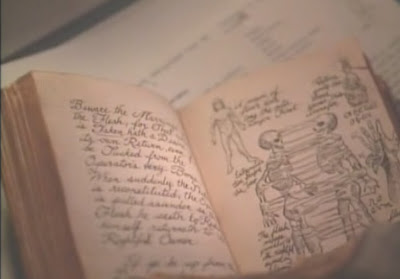 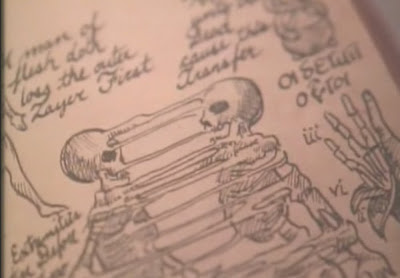 If anyone has information about who created it I'd love to hear about it.
Posted by Propnomicon at 3:00 AM

By far, "the Case" one of my favorite stories.

IMDB site gives Joyce Fundytus as props maker and Peter Risi as leader props and Ane Christensen as property master (uff!) I let you the ahrd job, to find them !!!! ;0)

That looks pretty cool and would be a great project to do if you could get the text on each page.

The movie can be seen in several part in YouTube

Here in France impossible to find the DVD as to see any critic of it (I found only one when the film was presented to the Festival of Fantastic of Avoriaz the last century ;0)

If only the Producers of Reanimator had been able to make a decent movie.

I to have just finished Charles Dexter Ward and enjoyed it imensely, although this was my first time as I'm new to Lovecraft and the Cthulhu mythos. Great to hear there is a film version. A good place to start a search now you have the names of the prop makers is the RPF?