Out of the Shadows

I was very surprised to discover that makeup legend Dick Smith was attached to an attempt to bring "The Shadow Over Innsmouth" to the big screen back in the 90s.  These are two of his test sculpts from the failed project, apparently taken from a writeup in an issue of "Fangoria".  Later today I'll try and track down a copy of the article. 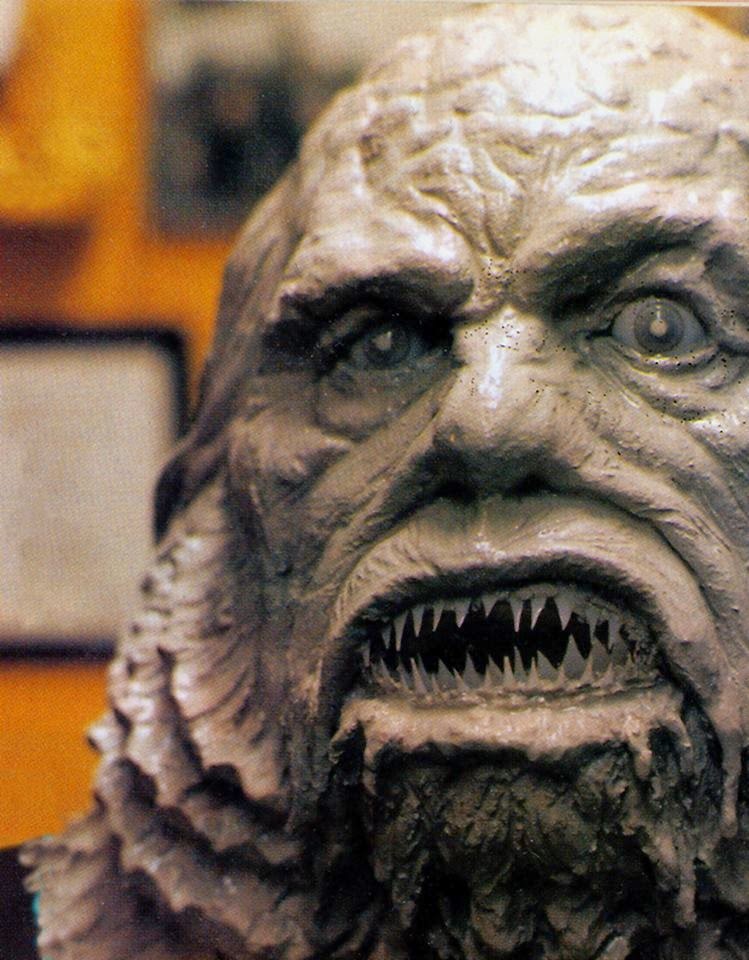 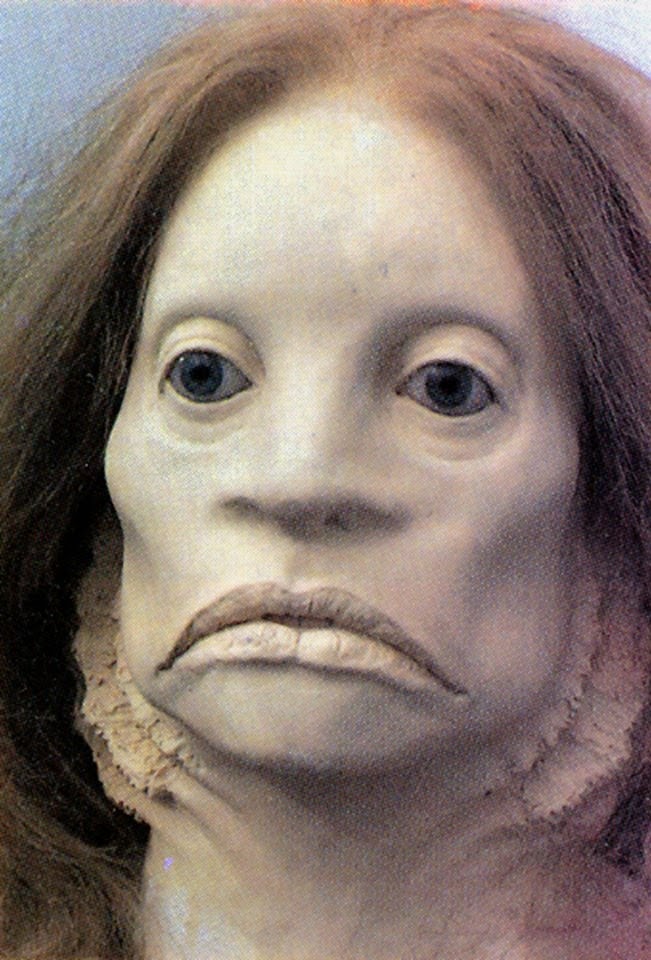 Update:  A kind reader sent over a scan of the article in question.  The "Fangoria" story seems to be the only notable press coverage the project received, other than some teaser posters and a color ad in "Variety".  Instead of "The Shadow Over Innsmouth" Dick Smith ended up working on "The Godfather III".  Now that's a horror story.

Just right click and open the image in another tab to see the full sized page. 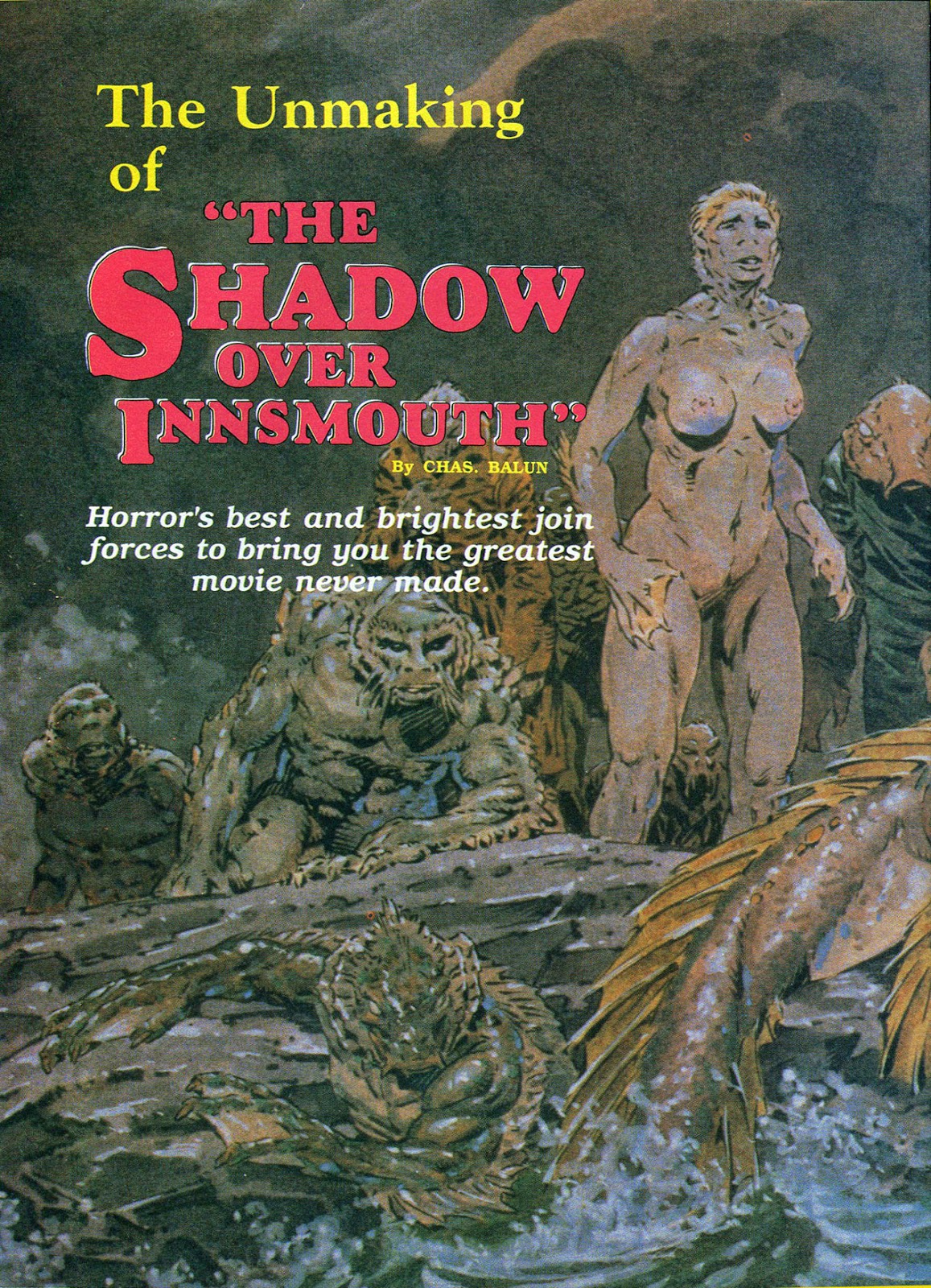 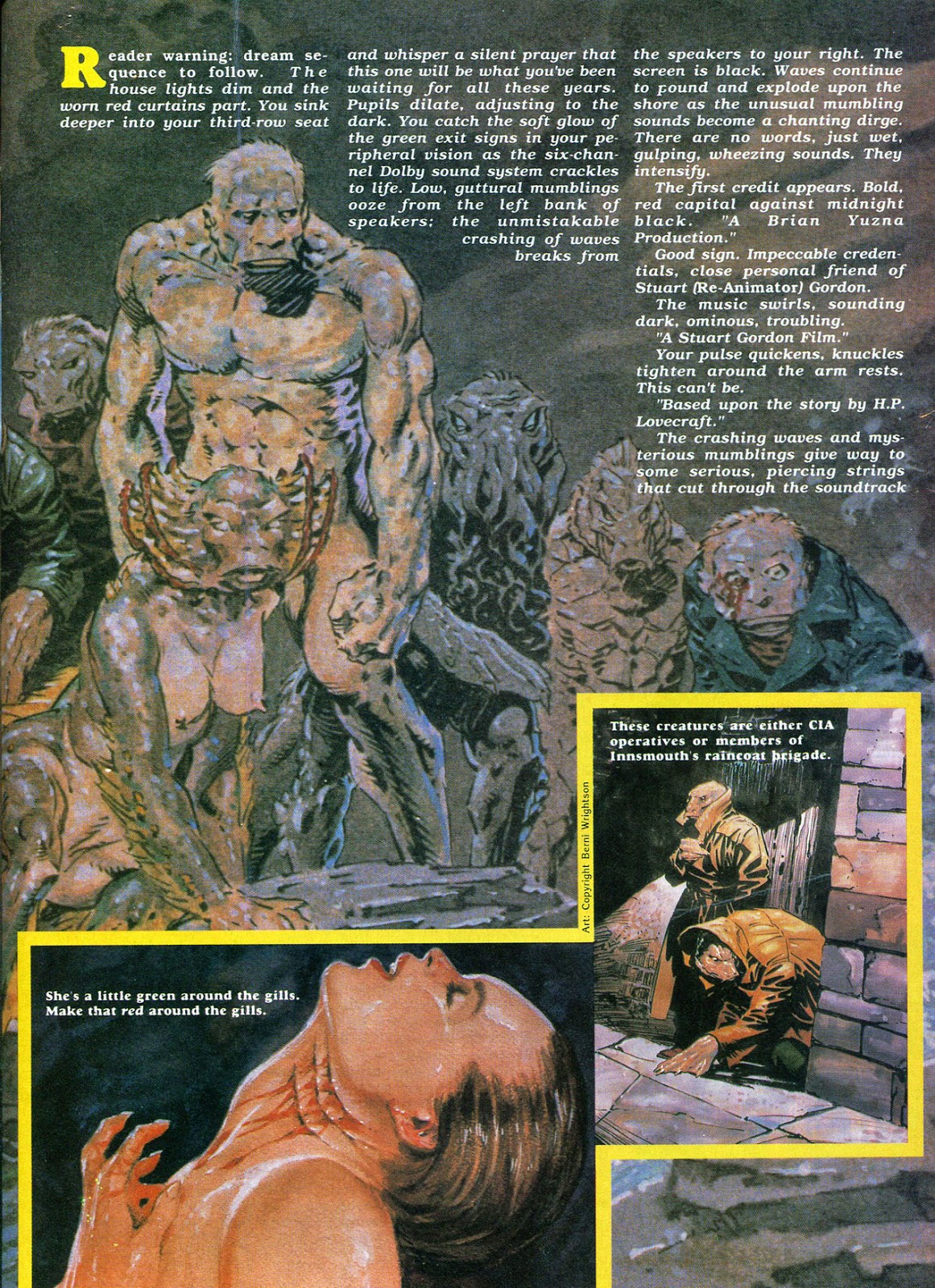 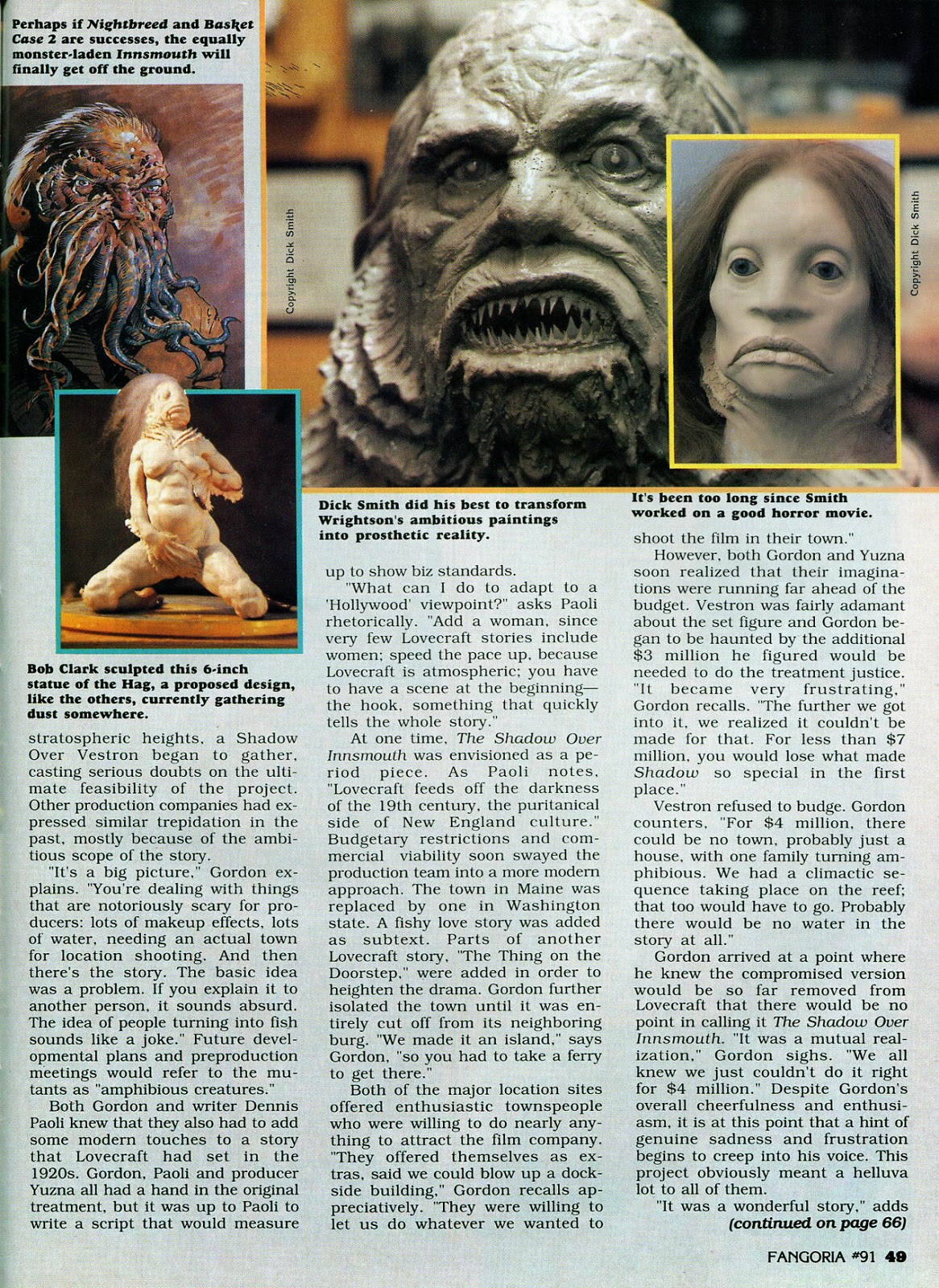 Believe that the article is towards the back of that issue....
We have a copy as well....

A kind reader just sent over a scan of the original article.

Gordon did manage to get a Shadow over Innsmouth movie made in Spain, released in 2001 as Dagon. I've seen some positive reviews, though I'm not a fan -- It has a couple of good Raimi-esque humorous moments, but sadly lacks a climactic Spanish commando raid.

That female one looks like Zelda from Pet Sematary. Or Sissy Spacek.

They had this issue at my high school library and I was excited to see it. At the time I had just begun to read Lovecraft and had only read the tale a short time before. Little did I know that articles about ambitious Lovecraft film adaptations stuck in development hell would be a reoccuring theme. If this project had been done with the same love that Cabal received I would have been very happy. Even if Nightbreed isn't very good it was made with love. All of this ignores the fact that Lovecraft has been incorporated in dozens of films that don't bear his name Alien, the Thing etc...