I've spent most of the week gushing about the FeeJee mermaid project from Dan Baines, but there were a couple of techniques he used I wanted to highlight.  The first is using parchment paper with spray tints and varnish to create the creature's fins. 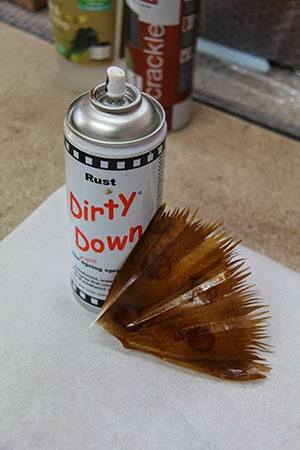 He starts the process in the second installment and wraps it up with final installation in the fourth.   It's a brilliant idea for recreating the look of the translucent membranes found in living creatures.   You can create a similar effect using thin sheets of latex, but they have the disadvantage of breaking down over time unless they're sealed up with a protective coating.  There's also tissue paper soaked with white glue.  The big disadvantage there is that it's incredibly delicate when the paper is first wetted.  What with it being,  you know, wet tissue paper and all.  If you have the patience and a delicate touch it can also produce some wonderfully curved surfaces reminiscent of shells and bone.  The paper will naturally fall into a catenary curve, giving it some impressive strength when dry.

I also wanted to touch on Mr. Baines theming.  The mermaid itself is, of course, the highlight of the display, but he kicks it up a few notches with some incredibly thorough accessories in the fifth installment. 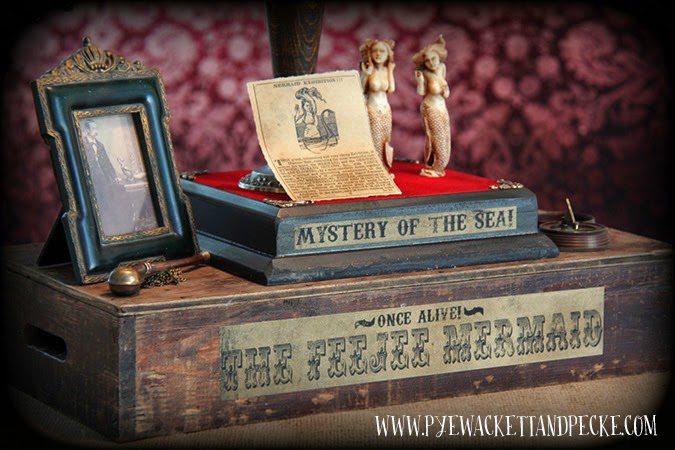 Mermaid figurines, signage, newspaper clipping, photograph, a brass compass and bosuns whistle...they all help to reinforce the imagery and history behind the mermaid.  That's on top of the excellent basing that not only provides a physically strong support for the mermaid, but gives it a dash of Victorian pretentiousness.  Using spray tint to age the baize is another thing I'm going to be shamelessly stealing.

Lastly, I'm going to backtrack to the third installment and his use of fossilized shark's teeth. 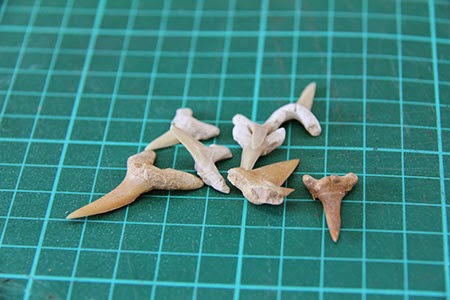 They're pretty much perfect for the task, what with already being teeth and all.  It's pretty amazing that you can literally buy gallons of teeth for a pittance from a creature that died millions of years ago.

One alternative I'd suggest is dentalium, or tooth, sea shells.  As the name suggests, they look like teeth.  Specifically, the long needle-like teeth frequently found in deep sea creatures.  Here's a handful from a bag holding about a thousand I picked up for only $5. 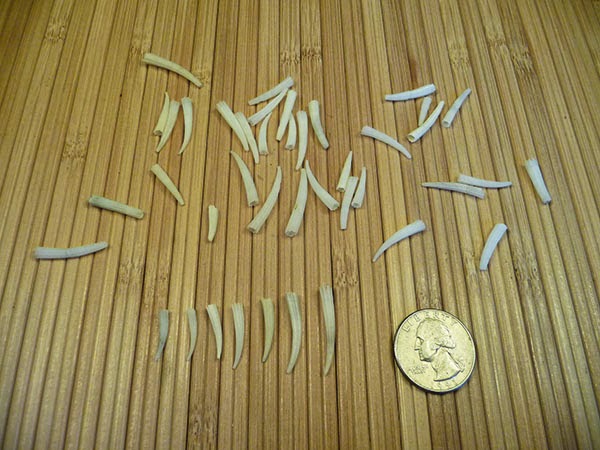 Like all organic materials they have the wonderful quality of being the same, but different.  The  minor variations in size and coloration go a long way toward convincing the viewer that they're a natural part of a creature.  And the shape makes them perfect for doubling as teeth or protective spikes.  In their raw form they can be a bit delicate, but I've found a squirt of hot glue into the hollow interior makes them almost indestructible.

In closing, I want to thank Mr. Baines once again for sharing his work.  He's the first professional gaff maker to do so that I know of.
Posted by Propnomicon at 3:00 AM

I was impressed with the parchment fins and use of shark teeth too.

The key to the tissue and white glue method is most definitely patience.