Joseph Curwen from "The Case of Charles Dexter Ward" is arguably Lovecraft's best character, not to mention one of the few genuine villains in the Mythos. That's one of the reasons I was so happy to see this collection of items from his estate, created by the talented Jason McKittrick. He provided a preview of the included oil painting back in December, but now the entire project is finished. 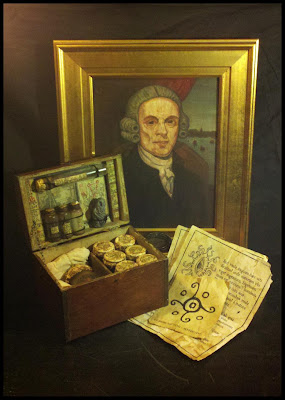 The complete set including the portrait mentioned earlier and Curwen's collection of occult items. 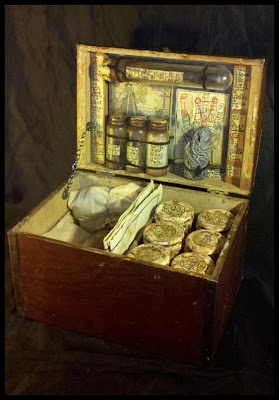 The chest filled with the necromancer's accursed talismans and samples of his handiwork. 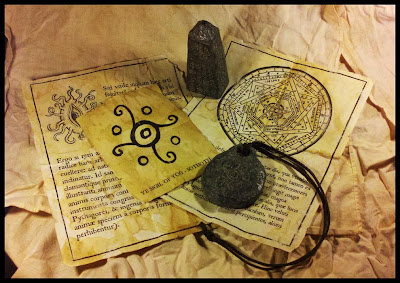 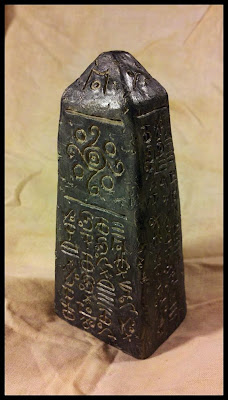 The Key of Yog-Sothoth. The engraving on the obelisk is very well done. 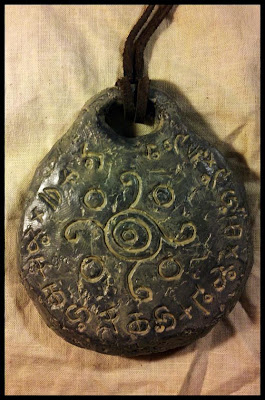 The Eye of Yog-Sothoth. It's a nice touch that the stone and obelisk are made from the same kind of stone and have matching engraving. 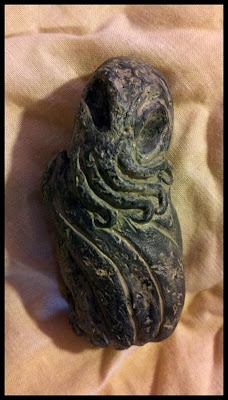 I'm not sure if Yog-Sothoth would have been happy about Curwen two-timing him with Cthulhu. None the less, it's a great idol, particularly in light of our recent conversations about the allure of truly primitive sculpts. 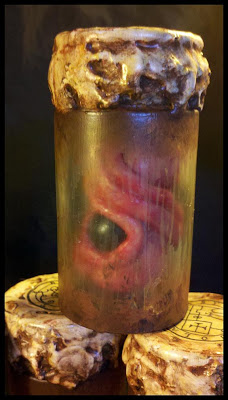 One of the unfortunate products of Curwen's experimentation. The gnarly wax seals remind me of a recent email conversation with a hobby candlemaker. Modern waxes made with stearin produce a very smooth, flowing seal because they're at a higher temperature when dipped or brushed on. Vintage wax mixed with tallow produces a far rougher effect, having more drips and voids because the wax melts, and hardens, at a much lower temperature. 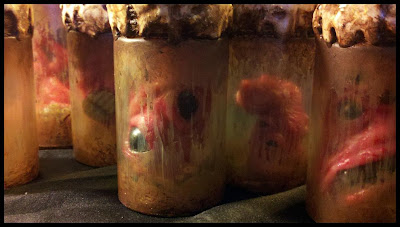 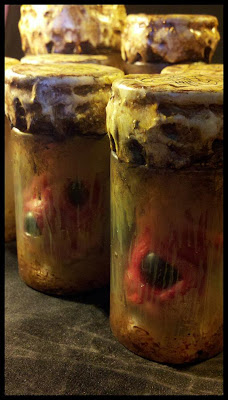 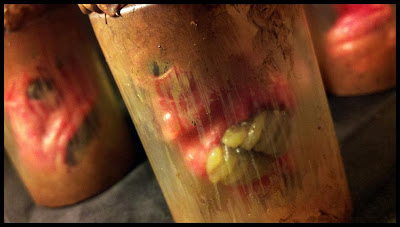 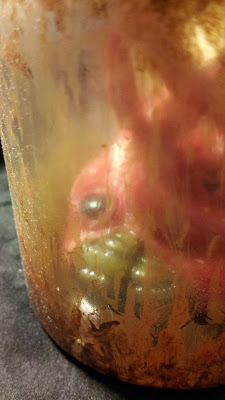 The Curwen collection is currently for sale on Ebay. Considering the amount of work involved in creating it I expect bidding will be brisk.
Posted by Propnomicon at 3:00 AM

The Eye of Error said...

This is very cool.... I just watched "The Resurrected" a few weeks ago.

Some very cool abominations in there.

Absolutely brilliant! The accumulated filth on the bottles are particularly impressive.
Needless to say I'll be using these as references for future projects.