John Carpenter's "The Thing" is arguably his best film. Unfortunately, it didn't do well at the box office and started a failure cascade in his career that he still hasn't recovered from. That's sad considering the massive following the film gained on home video, a fanbase large enough to motivate the same studio system that wrote off the original to move forward with a prequel.

More than a few critics have called the film Lovecraftian simply because it features a monstrous creature with flailing tentacles. A few have even recognized that it plays with the same themes of the alien other and contamination that Lovecraft explored. I'd go a step further and say it serves as an interesting sequel to "At the Mountains of Madness". I'm not alone in that feeling, since the leaked script for Del Toro's ATMOM seems to owe more than a small debt of inspiration to "The Thing".

All that leads up to this nicely done fan project, an extremely limited edition patch for Outpost 31, the film's setting. 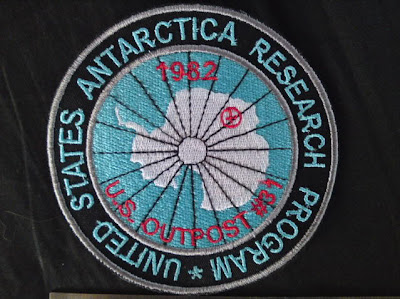 Here are some other takes on the same subject matter from another thread in the same forum. 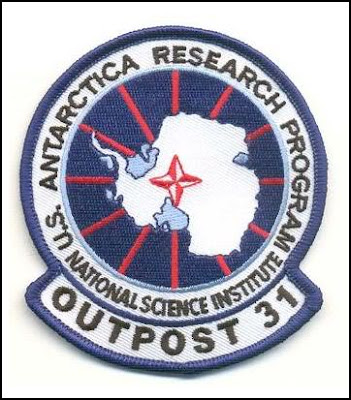 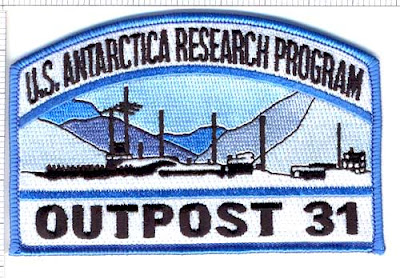 John Carpenter’s The Thing (1988) varies from the first movie, The Thing from Another World (1951) in an important theme. Whereas the first movie is about discovery and confrontation with the unknown, the Carpenter version was questioning about what is human. In the early 1950s, radiation was often the culprit in mutation making mutation a favorite in film for the next 20 years. The 1988 went a bit farther and was also a cautionary tale about genetic manipulation and cloning.

Lovecraft’s AtMoM varies a great deal from the two Thing movies in concept. There are similar points, yes. However, most importantly is the themes that runs through Lovecraft’s works is that there is no corner, no forgotten space that doesn’t harbor vestiges of evil. Even more to the point is that our world was born out of alien horrors and life in general, including human, is a horrible mistake or a joke. To cap it off, Lovecraft’s universe is filled with gods who are evil, alien or just simply don’t care: that’s the ultimate. Enjoy the madness.

As boggling as the 1951 Thing was in its time and as frightening as the 1988 was with genetic monsters, Lovecraft has far more horror, more far reaching, going back farther in time and greater in scope that the movies. I might also point out that Robert Block also wrote mythos stories and corresponded with Lovecraft. Take each work on its own merits and the milieu that spawned them.

That said, if there was enough interest from Prop readers, I might be willing to front the cost to print up a batch of 100 or 200... there's a local shop here that has the right equipment to do them right.

First question, though -- who owns that image?

I've actually got that top patch on my expedition gear. I think I got it on ebay a while back for not much dough.