The Mask of Malsum

Kieran Sidhe brings us a ritual mask from the Cult of Malsum of the Nissequogue Hollows. Mulsum, also known as Malsumsis, is a real mythological figure.


In the dark woodlands of the rotting root and withered branch, roamed the Brethren Wolf- the death cult to the Algonquin god Malsum, who were heralded by the sign of the falling leaf. Their fires could be seen on wicked nights, in the hollows where even the desperate doe dare not tread. These ritual wooden masks of the cult were often discovered by English settlers in the surrounding area who regarded the native legends and folklore with disdain, as they claimed not to fear the Autumn demons whose ghostly whispers were said to linger in the night's crisp breeze. 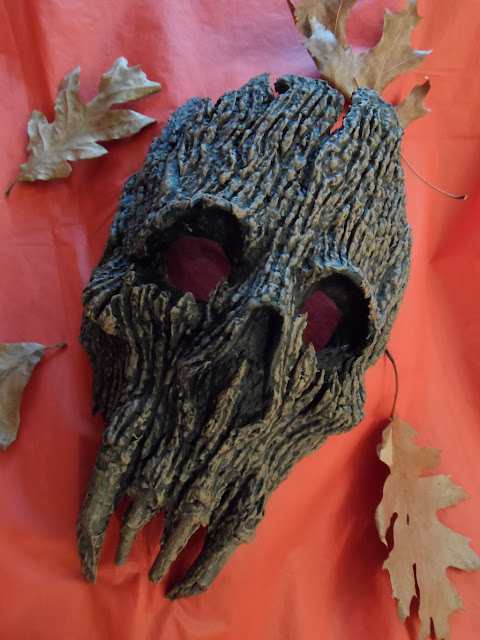 It’s interesting about how creation myths and brothers show up in the Americas and other places. I was unaware of the Algonquin Glooskap story and I am obliged to Kieran Sidhe and Propnomicon for the postings. I’m always pleased to find something new and pre contact North America is often overlooked as a source. As simple as these stories appear on the surface, as moderns and with European outlooks, we cannot easily delve into the complex iconography and symbolism that contemporary native persons would have understood as it was a part of well-known stories and contextual cultural cues. These stories both reveal and conceal simultaneously, being cultural shorthand for concepts and actions understood by initiates.

The story reminds me a little of the Mayan Hero Twins creation myth, although separated by great distance and time, I have to wonder if the ghost of that story found its way to the far north, but it’s probably indigenous. The Hero Twins story is primarily known from a manuscript by Dominican Friar Ximenez translating the Popol Vuh. There’s a rich mine for Mythos and prop makers there. By the way, if you want to read a fascinating book on the subject of translations, try Breaking the Mayan Code (1999) by Michael Coe.