Mike Jenkins has a great series of posts looking at the props created by author James Gurney for his "Dinotopia" series.


The frame for these books are the ‘found’ 19th century journals of shipwreck survivor Arthur Denison and his son. Gurney mocked-up the first journal, though whether this was simply for himself or for inspiration or as a model for an illustration I don’t know: 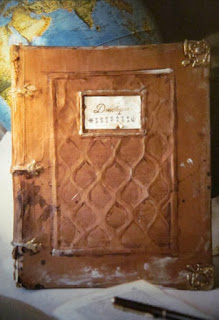 That initial mockup would eventually be developed into a full prop version. 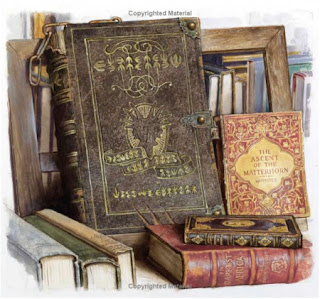 I was surprised to learn I actually have at least one Dinotopia prop.  Mr. Gurney based the "sunstones" that power the technology of his world... ...on the deck prisms used to light enclosed spaces in sailing ships. 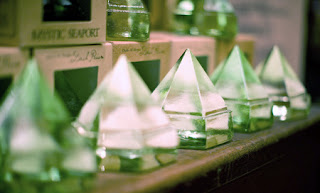 Maybe we'll see some replicas from other readers? Guys?

It's a great series. I love how you focus on some truly obscure props and literary materials.

Problem is, everybody else has already 'picked' the low-hanging fruit. :)

It's not that I don't like Star Wars, or Trek, or Jaws, or Jurassic Park, or Blade Runner. I do, quite a bit, actually.

But most of them are well represented on line, some with multiple, hard-core, dedicated forums (fora?).

No so much for, say, Johnny Mnemonic or Robot Jox, or The Hunt for Red October, or Congo.