On Saturday I featured Dan Baines' project on Kickstarter.  I'm happy to announce that he's now an official Propnomicon sponsor.

The funding drive for "The Derbyshire Mummified Fairy OOAK Kit & DVD Workshop" has already met it's base goal.  Now it's looking to hit some very nice stretch goals.  In addition to the physical kit bits they include some cool variations on the basic mummified fae theme.

As I said before, this is something I'm very supportive of.  Mr. Baines has an impeccable record for delivering on his projects.  More importantly, he's documenting something that hasn't received nearly enough exposure, forcing hobbyists to essentially re-invent the entire process over and over.   To be honest, I have a personal interest in the project's success.  Not only do I want to see this video, but I'd like to see followups tackling other creatures and specimens. 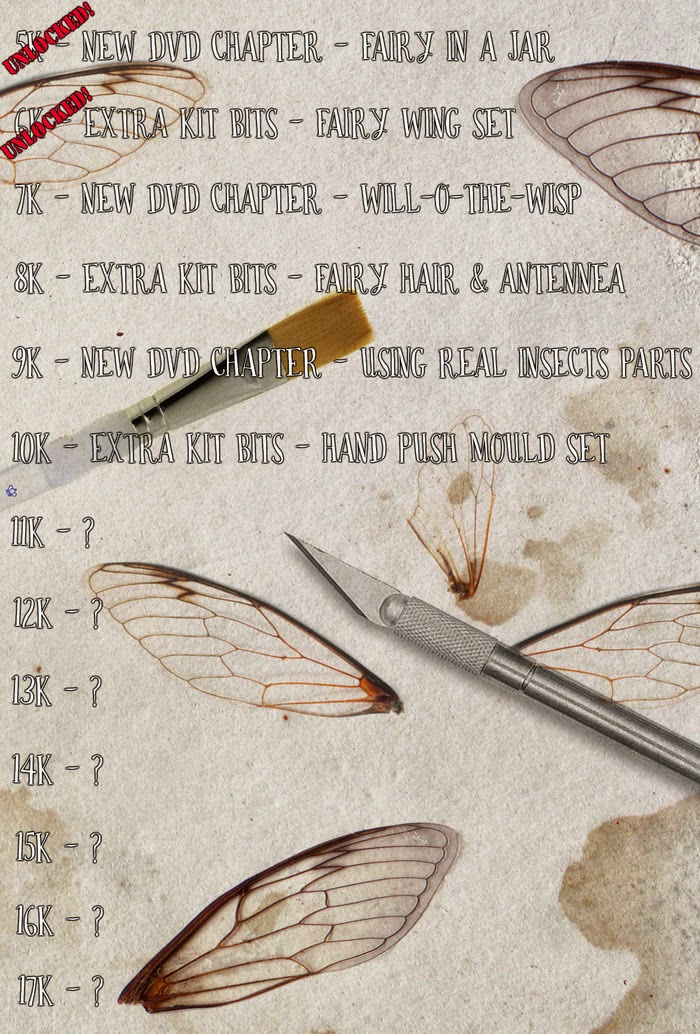 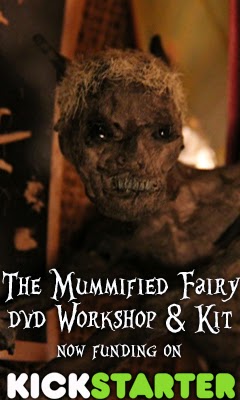 Posted by Propnomicon at 3:30 AM

I'm teetering on the brink of backing this as it look like a fantastic project to take on. Thanks for flagging it up.
Regards HGA.