The Auction, Part I

Luciano Paulo Giehl was kind enough to send me some pictures from a live action "Call of Cthulhu" event held June 11th in Rio de Janeiro, Brazil. Over 35 players participated. Here's Mr. Giehl's introduction, with minor rewrites on my part for clarity.

"The game was about an auction in Miskatonic University in mid-30's. The auction's focus was occult and supernatural items (some Mythos stuff, of course!)

The player characters were Mythos investigators, millionaire dilettantes, private collectors, academics, negotiators from museums, occultists, and cultists of the Old Ones (there were Yithians, sorcerers, a disguised member of the Serpent People, and even Asenath Waite using veils).

Beside the action, there were sub-plots and a great deal of intrigue. Nazi Spies (Thule agents), a serial murderer from Arkham (chased by police and Arkham Asylum doctors), and a Cult looking for vengeance against some Miskatonic professors. "

As you can see from the pictures this was an event with an emphasis on immersiveness. Because of the large number of shots I'm breaking them up into two posts, one today and one tomorrow. The props on display are quite impressive. 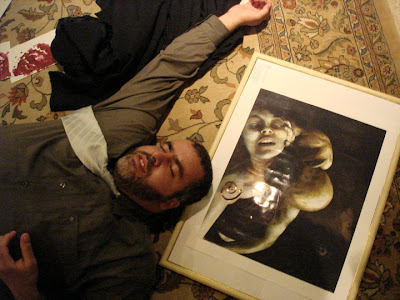 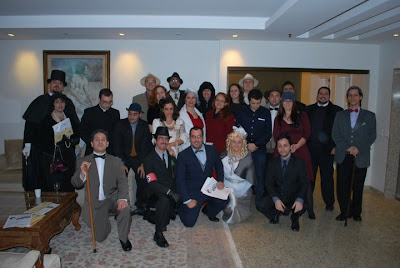 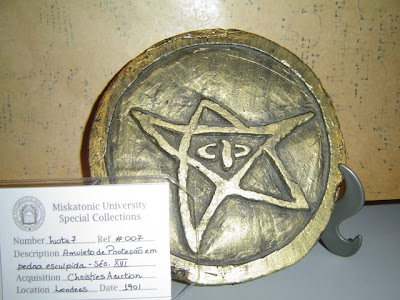 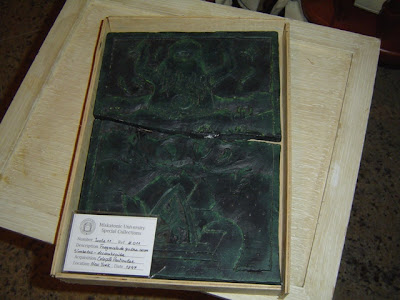 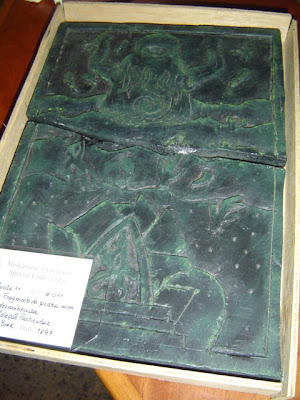 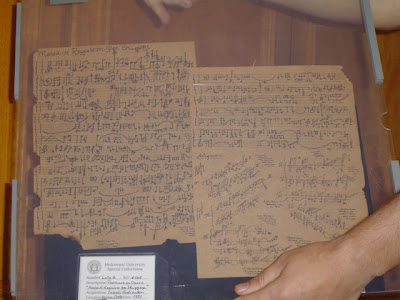 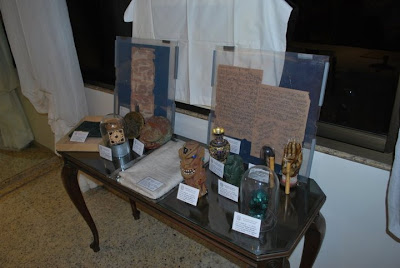 I have mega envy

This sounds insane! It sounds good enough to be a running comic book series!