An updated and expanded set of the Traveller-themed semiotic standard starship signage I first posted back in January.  The one major change I made from Ron Cobb's original work is the "Bridge" icon.  It used a triangle, which was already being used as a wayfinding symbol.  I've replaced it with an eight-pointed star, calling back to the eight arms of a traditional naval ship's wheel and the points of a compass rose. 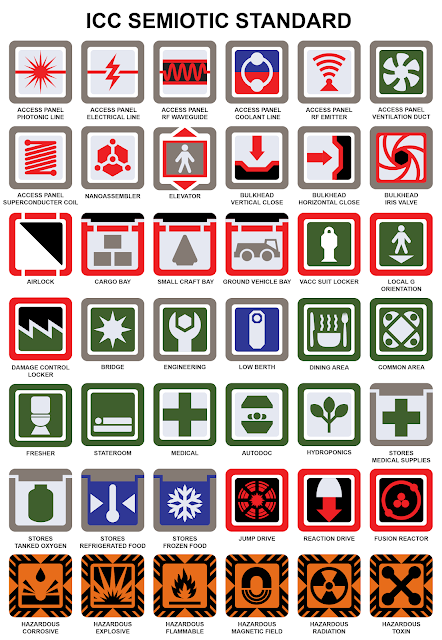 I really enjoy the subtle callback to your Tillinghast field hazard sign in the Jump Drive emblem here.