It is said that King Solomon created a vessel in which he trapped many demons.

His vessel was made of brass and bore many strange symbols. Once he had trapped the demons he placed a seal on the vessel which carried another strange symbol. This symbol would prevent the demons from escaping.

The heart of the Solomon Stone is a sphere of solid Silver Sheen Obsidian, which is known to have the ability of drawing and holding dark energies. The brass ring around it shows the symbols that King Solomon placed on his original vessel. The three crystals arranged around the Obsidian sphere, outside the brass ring (Moldavite, Smokey Quartz, Phantom Quartz), enhance the power of the Obsidian and draw the entity in. The symbol on the base then holds the dark entity in place, trapping it in the Obsidian.


This amazing occult artifact comes to us from the workshop of James Ewing. It's just one of the many pieces collected by his ancestor Victor Ewing, a famed occult investigator. 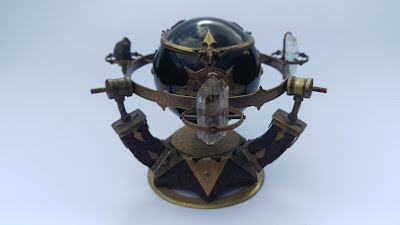 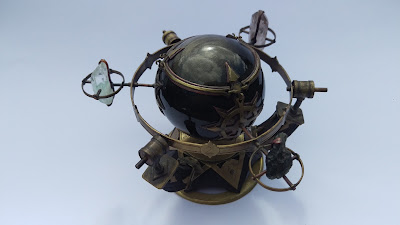 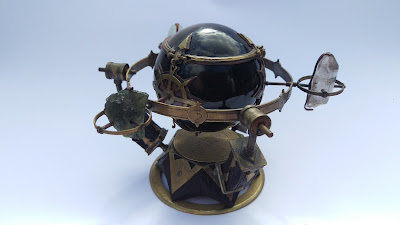 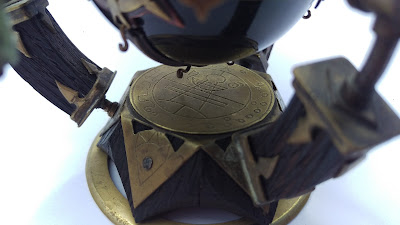 That is simply beautiful.