Today we celebrate the annexation of Canada by the United States on June 3, 2067.  At least, that's the date it happens according to the "Fallout" timeline.  Today also happens to be the day Bethesda is expected to release the first look at "Fallout 4".  In honor of the occasion we bring you the work of Chris Hockett, who's amassed a stunning collection of historical artifacts.

If you're curious, a countdown is currently underway at the official "Fallout" website. The clock runs out at 10 AM EST.

Update:  And the trailer is out.


I know this isn't Lovecraftian in the slightest, but I love the retro-futuristic style of Fallout. It's the same appreciation for classic design that first attracted me to classic-era paper props.

That said, one of the interesting things about the Fallout 4 trailer is the home it takes place in. Based on the interior, and the later shots of the neighborhood, there's a good chance it's a Lustron House, or the Fallout universe equivalent of same. The panelized walls have a rather distinctive appearance.  Now that we know the game is set in the Boston area that suggests Vault 111 is located N/NW of Brookline, MA.

There just happens to be a cluster of Lustrons in Brookline. They aren't listed in the National Register because most of them were extensively remodeled over the years. Given the history of using real world locations in Fallout it seems likely having a bunch of Lustrons show up in the trailer isn't a coincidence.

With that as a starting point, and knowledge that the bombs fell on October 23, 2077, we can assume the crowds of people running towards the vault are heading N/NW. How? Their shadows. Based on the position of the sun in the sky on that day the sequence first shows them running west, then heading up a N/NW trail to the Vault entrance. From the angle of the shadows the bombs started falling in the mid to late-morning time period.

Here's a picture from the first part of the sequence, showing both the distinctive Lustron wall panels and the shadows: 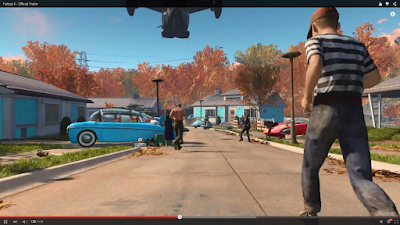 Based on that information, there's a good chance Vault 111 is located atop the hill N/NW of Brookline High School in this Google Maps topographic view.

Then again, I could be reading far too much into a simple artistic choice by the animators. Heh. 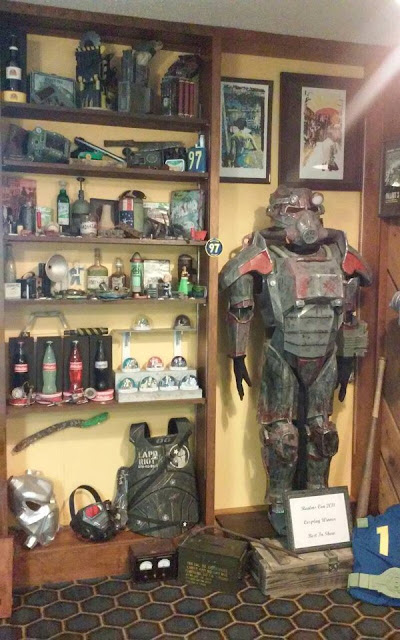 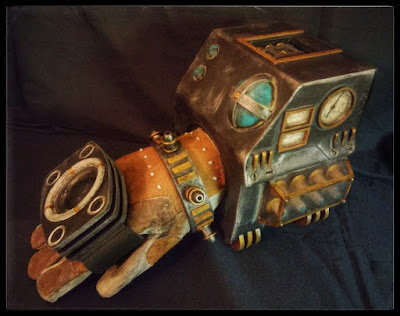 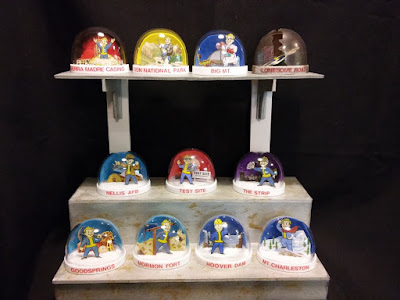