It's no secret that Nazi forces attempted to harness occult powers to win World War II, but it's still disturbing to see just how extensive their efforts were.  The talented Andrea Bonazzi returns to our pages with this photograph from the personal collection of Dr. Henry Jones, Jr., taken at an unknown site in 1941.  It bears some disturbing similarities to figures found at the Göbekli Tepe site in Turkey. 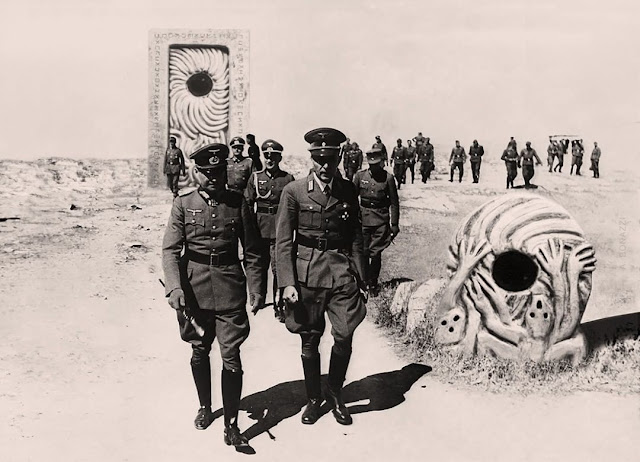