All vampire hunting kits are fake.

By that I mean all of them are modern, 20th century assemblage pieces.  Despite claims to the contrary, there's no evidence they existed before the first ones appeared in London back in the 1970s.  That's why I was so happy to see the description of this kit auctioned off by Sotheby's.  It accurately describes the contents of the kit, but doesn't make any false claims about provenance or authenticity.

Originating from Eastern European folklore and disseminated throughout Europe when the Habsburg Empire invaded Serbia in 1718, the legend of vampires has captivated the cultural imagination for centuries. From the publication of Polidori’s “The Vampyre” in 1819 to Francis Ford Coppola’s Dracula film in 1992, the fascination with vampires has persisted to the present day as a continual source of inspiration for Hollywood.

There has been debate regarding the origin of vampire slaying kits. While some vampirists claim such kits were common in the eighteenth and nineteenth centuries, they were more likely assembled following the publication of Bram Stoker's novel Dracula in 1897 and marketed to travelers visiting eastern Europe. This unique and extensive kit contains a variety of curios, some associated, from wooden weapons to religious artifacts, equipping its owner with all the necessary tools to ward off or perhaps even slay vampires. Other examples of such kits, varying in size and contents, have been acquired by cultural institutions including the Royal Armouries in Leeds and the Mercer Museum in Doylestown, Pennsylvania.

This is how every single kit should be described. They are definitely works of art, with the finest examples using carefully chosen period items to increase the verisimilitude, but any assertions they date to the 18th or 19th centuries are dishonest. 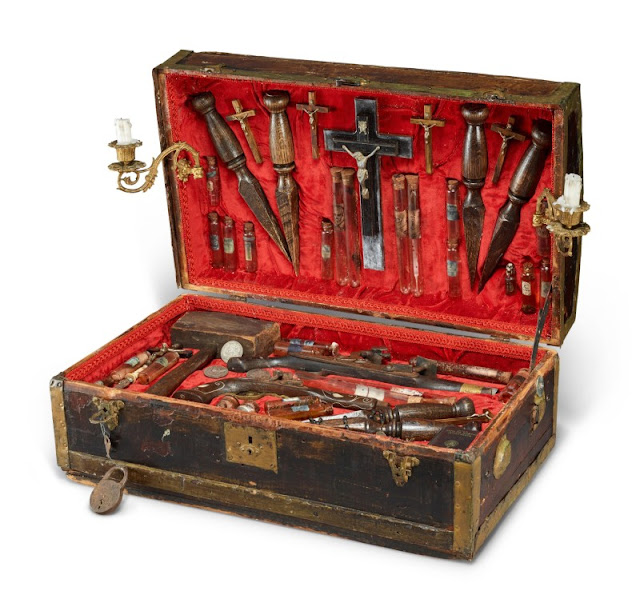 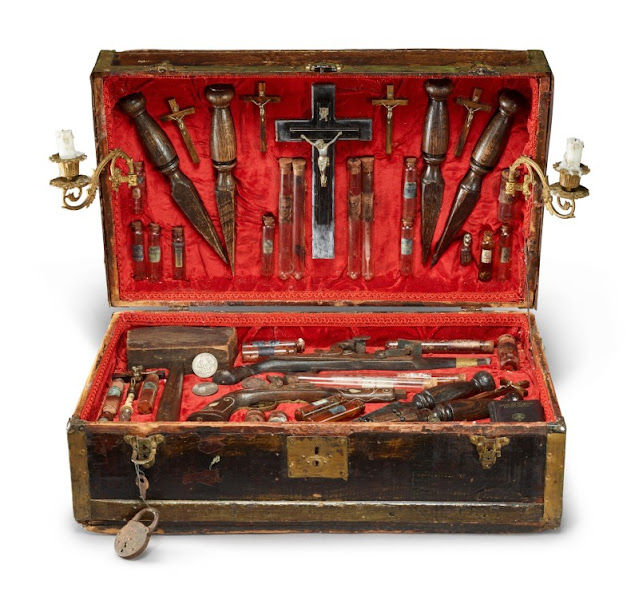 I saw this kit on Ebay, and unfortunately all the the items are glued in, although the visual is nice , it was lazily put together , and no way it could be confused to an era piece.