The Skulls of Edward Mordrake

"The duplicate face could not see, eat or speak out loud but was said to "sneer while Mordake was happy" and "smile while Mordake was weeping". Mordake repeatedly begged doctors to have his "demon face" removed, claiming that it whispered things that "one would only speak about in hell" at night, but no doctor would attempt it."


The gifted Tom Kuebler brings the disturbing legend of Edward Mordake to life with this creepy polycephalic specimen inspired by his bizarre anatomy. 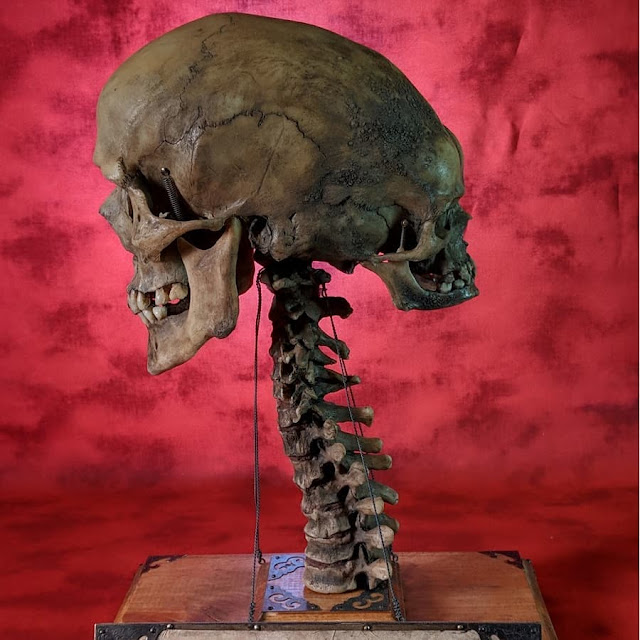